Like Fiona in ‘Enchanting The Swan’ (see next page), the story of Francine, the bright and beautiful West Virginian, was born at the College of William & Mary. She was one of those fabulous young students I met in the midst of our daughter’s sorority circle, their sorority house, and the sunken garden.

But it was the mountains of scenic West Virginia and the contrasting devastation of its coal country, which spirited Francine’s story. How could such bad economic and adverse environmental management destroy so many happy families and throw them into desperation and suffering? A repetition of Upton Sinclair’s gripping tale of King Coal? 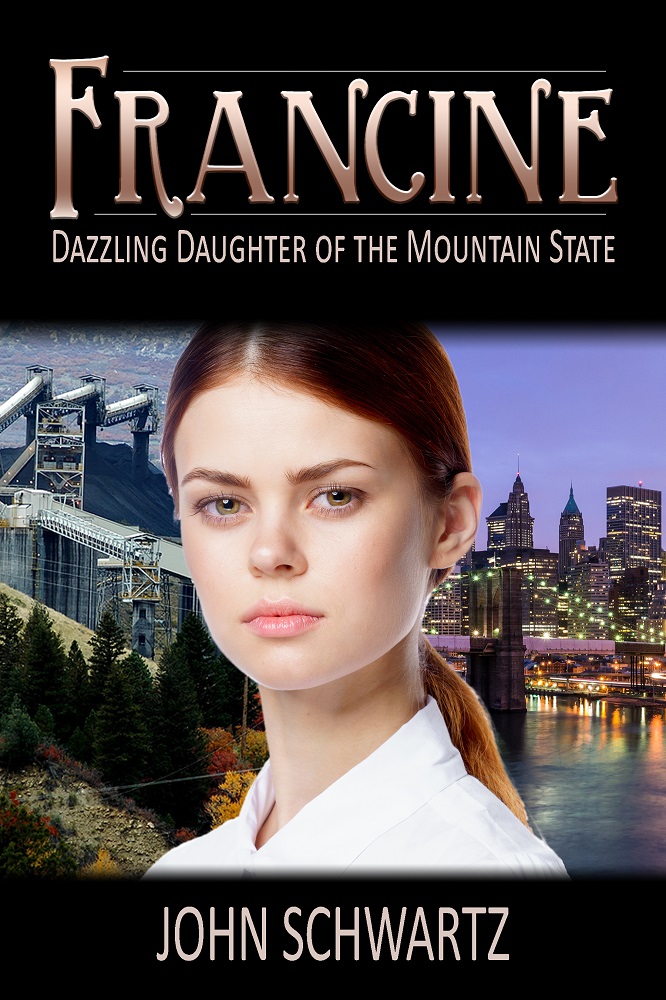 Francine is graduating first in class at William & Mary’s Mason Business School in 2010, when she is confronted with the horrible mine explosion at the Upper Big Branch mine near Whitesville along Coal River in West Virginia. Twenty-nine miners lost their lives due to gross mismanagement of mine safety. It spurs her to forego a lucrative career in investment banking and join OHARA Mining Inc., the New York-based international mining company which has its roots in West Virginia. She will never forget the fate of those twenty-nine miners and attends the unveiling of their memorial in Whitesville in 2012 on behalf of her company. Her whole life will be dedicated to advance the lives of the company’s miners she works for.

Why place a novel about a promising girl in a mining company? Why not jewelry, fashion or music like A Coal Miner’s Daughter, agents asked whom I offered the story at Writers conferences. It would choke off a certain group of readers. Well, so be it: Francine took up the fight, and she made it up in the corporate world.

Throughout the novel, she faces difficult issues, from from fights in Congress and with a belligerent anti-coal EPA to financial and pollution problems with OHARA’s gold and bauxite investments in the Guyanas of the Caribbean, and an internecine corporate scandal about management corruption in coal exports to China.